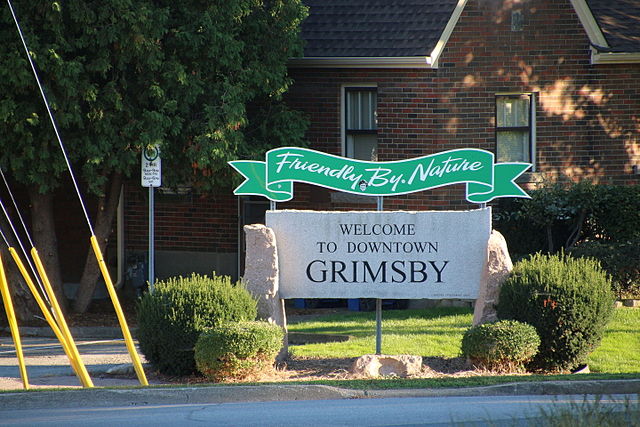 Grimsby is a town on Lake Ontario in the Niagara Region, Ontario, Canada. Grimsby is a part of the Hamilton Census Metropolitan Area. It is named after the English fishing town of Grimsby in northeast Lincolnshire. The majority of residents reside in the area bounded by Lake Ontario and the Niagara Escarpment.

Included below are homes for sale and real estate in Grimsby. If you would like more information on any of these Grimsby real estate listings, just click on a property to access the full details. From there, you can request more info or schedule a tour. And we'd be happy to provide you with disclosures, past sales history, dates and prices of properties that have recently sold nearby, and more, so just let us know how we can help!

And, for your convenience, feel free to register for a free account to receive email alerts whenever new Grimsby listings come on the market that match your specific criteria. Read on below the listings to learn more about Grimsby. 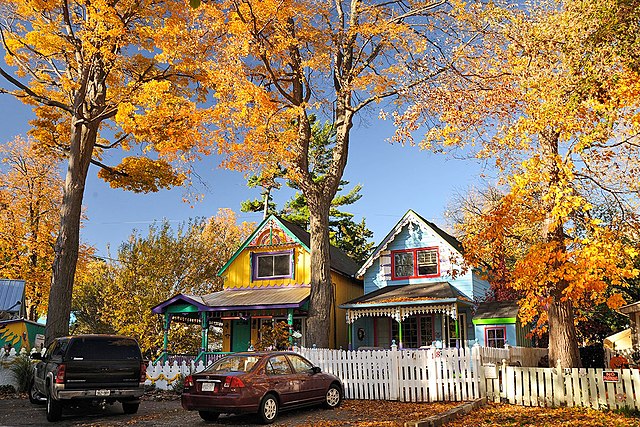 Grimsby was the site of the first municipal meeting in Upper Canada on April 5, 1790, and the location of the Engagement at the Forty in 1813 – the pivotal naval battle and turning point in the War of 1812.

[Pictured - Canada's first Chautauqua-like organization (a Methodist camp) was established in 1859 in Grimsby Park on land donated by J.B. Bowslaugh; colourful cottages were later built and some visitors spent entire summers in the area.]

The Village of Grimsby was incorporated in 1876 and became a town in 1922. Throughout the town are historical reminders of our rich heritage and early ancestors. The findings of the Neutral First People settlement are on display in Toronto's Royal Ontario Museum. Our own Grimsby Museum is home to many artifacts and historic documents, such as the original Town Bell, purchased in 1883 and restored in 1966, which rings in each New Year for town residents.

A tourist destination since the 1850s, Grimsby Beach was the site of the Ontario Methodist Camp Meeting Ground. Centered around a unique temple, the camp provided families across the region with opportunities for fellowship and religious growth. During this period, Grimsby was considered the Chautauqua of the North, an adult education movement that emphasized sharing arts, culture, and literature to enhance and educate communities. In the 1910s, the area was transformed into an amusement park, which attracted visitors from all over North America. Each August, people would gather to celebrate the abolition of slavery at the Emancipation Day Picnic.

Grimsby Town Council is composed of a Mayor and eight Councillors who serve for a term of four years. The Mayor is elected at large and the Councillors are elected by ward. The town is divided into four wards with two Councillors elected in each ward. It is the role of the Council to represent the public and to consider the well-being and interests of the municipality; to develop and evaluate policies and programs; to determine which services the municipality provides; to ensure administrative practices and procedures are in place to implement the decisions of Council, and to maintain the financial integrity of the municipality.

Today, visitors come to Grimsby Beach to enjoy the Gingerbread Houses that are affectionately painted by owners in bright colours.

Grimsby has experienced significant growth over the past decade as the midpoint between Hamilton and St. Catharines. Growth is limited by the natural boundaries of Lake Ontario and the Niagara Escarpment. Some residents feel development is detrimental to the town as orchards close to the town centre are used for residential development; however, most of the orchards in Grimsby were replaced by houses between the 1950s and 1980s and very few orchards remain. 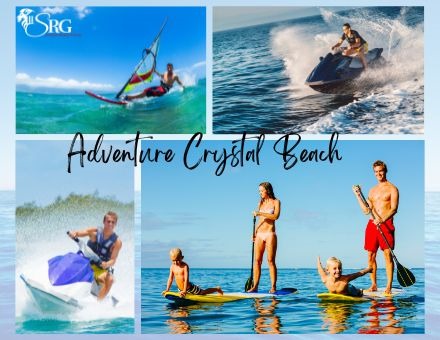